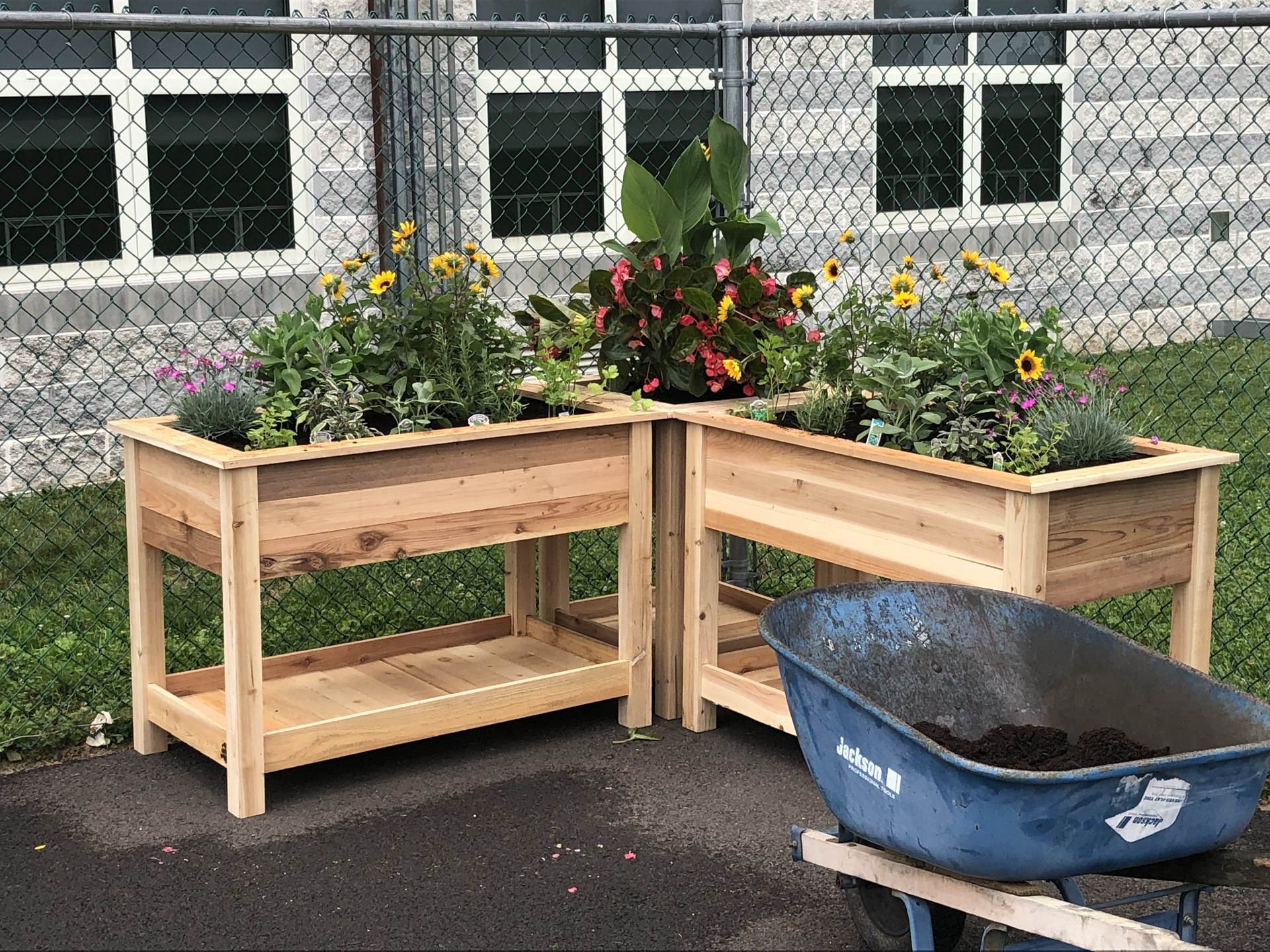 “When you think of the overall time of life (Renee spent) here - to have something like this in her memory is really something special,” Bob Ford, husband of late wife, Renee Ford, remarked as he stood upon the wood chips of a new playground behind Jamison Elementary School.

On Saturday, June 26th, 2021 Sauers Cares hosted an event in collaboration with Jamison Elementary and the Ford family to break ground on an autistic support playground. The school’s existing playground was enhanced to include enriching features and to fulfill the individual sensory needs of each student. Later on, in September 2021, the project was completed and unveiled to the Jamison Elementary community.

This unique autistic support sensory playground was built to honor the memory of Renee Ford, Bob’s partner for 31 years. Earlier that year, on January 30th, 2021, Renee lost her battle to squamous cell lung cancer. Renee, a mother of three, worked at the Central Bucks school as an autistic support educational assistant for about nine years. She was an integral part of the Jamison Elementary family, carrying herself with grace, a willingness to put others first, and always going the extra mile for her students.

Jared Hottenstein, a fifth-grade teacher at Jamison, came up with the idea to honor Renee, and principal Matt Croyle gave the playground project the green light. Croyle initially approached Bob Ford at his wife’s funeral to share the idea with him.

“I had no idea until this project began how impactful Renee was on the community and the students that she worked with,” said Stephanie Sauers-Boyd, who is friends with the Ford family and CEO and Founder of Sauers Cares.

Throughout the length of the project, about 60 volunteer community members worked tirelessly to install a fountain, barefoot walkway, benches and planters. 10 companies also assisted - some focusing on the playground’s walkway, and some focusing on the wall, the benches, and the musical instruments that were installed.

The playground enhancement project - valued at over $40,000 but at no cost to the school - was made possible by the generous contributions from local businesses and community members.

Built for the Kids

Every detail of the colorful play area provides sensory input for all five senses. There are tactile walls and pathways, where children can run their fingertips and walk their bare feet across different textures.

Students can also play in the water spouting from Ford’s Fountain that corresponds to their senses of sound and touch. The gentle chimes of the brightly-hued musical instruments aren’t only pleasing to their ears, but they can feel the vibrations after each note.
Even the plants have something to offer the children.

“They're all sensory-based plants, so kids are meant to break them off, smell all the different herbs, they can taste them and the textures on them are amazing,” said Jared Hottenstein, who has taught at Jamison Elementary for 22 years. “There are hidden little sensory spots that you miss if you don't really go over it carefully and see everything.”

Both Renee and Bob Ford’s sneaker prints are etched into a mosaic tree that’s embedded into one of the playground’s adjacent walls - which Hottenstein says is symbolic of the imprint his former colleague left on the school.

Sometime after Renee’s passing, Sauers-Boyd received a diagnosis that her 8-year-old son was autistic. Prior to that, she had always noticed Renee seemed to connect easily with her child at family gatherings.

“My husband and I were like, ‘Man, Renee really has this way about her that she can interact with J.B. the way other people can't,’” she said. “And then it all made sense afterwards.”

“Renee put her roots down and planted seeds, and I don't think she even realized the impact she had,” Jared Hottenstein explained.

Renee’s service to others is something that will never be forgotten.

To read more about Renee’s impact and the sensory playground project, please visit features of this story in the following publications: 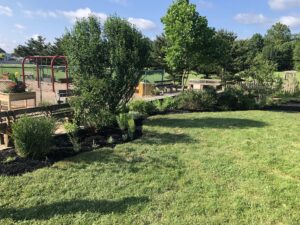 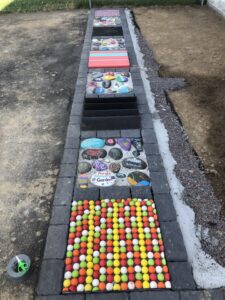 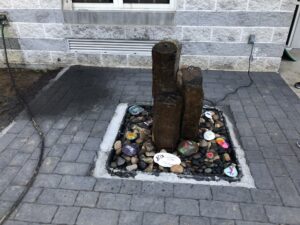 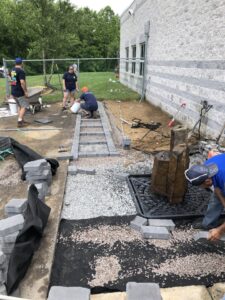 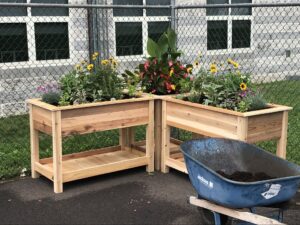 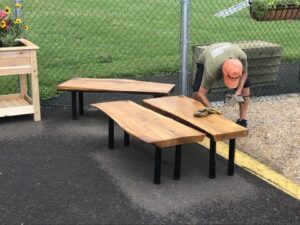 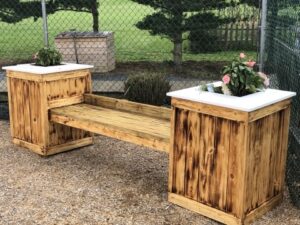 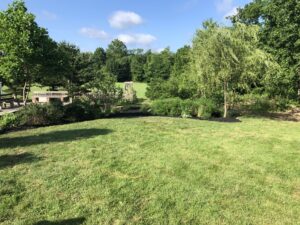 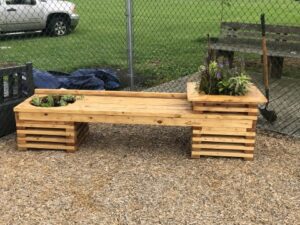 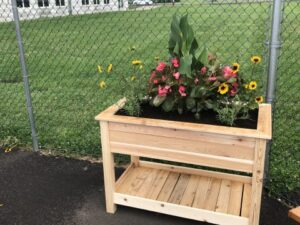 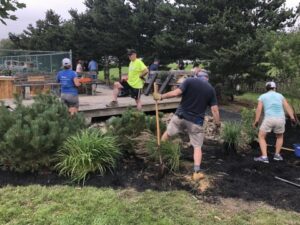 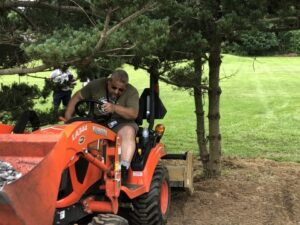 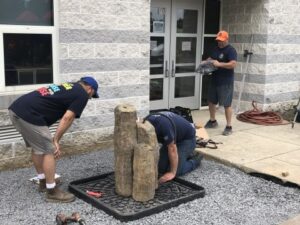